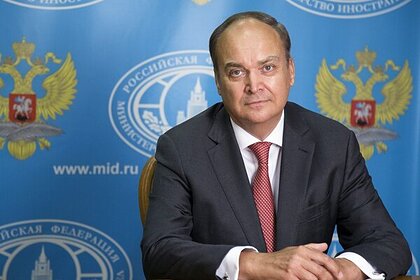 Russian Ambassador to Washington Anatoly Antonov accused the US of expulsion of diplomats. His words are quoted by RIA Novosti.

“The State Department is once again dissembling. The American side is trying to mislead the local and world community by deliberately distorting the facts. We are credited with something that has nothing to do with reality. The situation is exactly the opposite, “the statement says.

Earlier, the deputy head of the press service of the US State Department, Jalina Porter, said that the departure of 54 Russian diplomats, scheduled for 2022, should not be considered as their expulsion or punitive measure. According to her, the Russian side was notified in advance of this decision.

On November 27, Antonov said that 27 Russian diplomats would leave the United States on January 30, and the same number would leave on June 30, 2022, that is, only 54 people. He stressed that the spouses of the diplomatic corps employees are deprived of their accreditation, children are not issued visas.