Ambassador Antonov: Russia is in favor of mutual zeroing of all visa restrictions with the United States 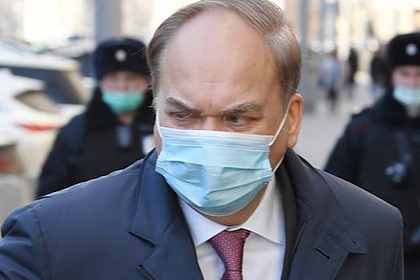 Russia is in favor of canceling all visa restrictions with the United States on a reciprocal basis in recent years. This was stated by the Russian Ambassador to the United States Anatoly Antonov, he is quoted by TASS.

According to the diplomat, Russia stands for an honest and respectful dialogue on all visa “irritants”. He expressed confidence that if there is “goodwill” all problems can be resolved quickly enough.

He called on Washington to return to international obligations regarding diplomatic property and good practice in the functioning of diplomatic missions. “Our proposals remain on the negotiating table,” Antonov emphasized.