Main Directorate of EMERCOM of Russia for Krasnodar Territory: On December 1, six-meter waves will come to the port of Tuapse 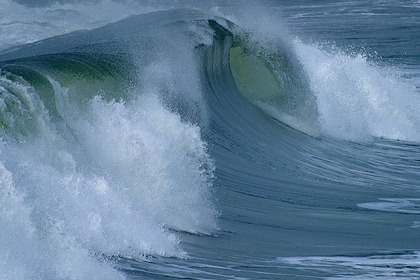 On Wednesday morning, December 1, on the Black Sea coast waves with a height of six meters are expected, warned in the main department of the Russian Emergencies Ministry in the Krasnodar Territory.

An emergency warning due to huge waves was announced on Tuesday, November 30. They are expected to overtake the Black Sea coast in the Tuapse region. “In the period from 03:00 to 06:00 on December 1, a strong draft is expected in the port of Tuapse (a strong rip current capable of pulling into the open sea – approx.” Lenta.ru “)”, – emphasized in department. Forecasters stressed that there will be “swell from the south-west, waves up to 60 decimeters (six meters) high.”

In general, wind gusts in the region will reach 35 meters per second. Residents were urged to be careful.

Earlier, a powerful wave covered two Russians who posed against the backdrop of the Black Sea in Sochi. The recording shows how two tourists are photographed near the water, standing on the pier. Then the men are suddenly hit by a wave and they start to run away.