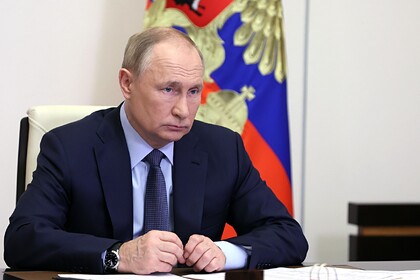 Russian President Vladimir Putin expressed hope that the situation with Ukraine will not come to the appearance of red lines. With such a statement he made at the investment forum VTB Capital “Russia is calling!” minutes], and in the case of placing a hypersonic weapon – 5 minutes. What are we to do? Then we will have to create something similar in relation to those who threaten us so. Can you imagine? And we can do it now, “the head of state said.

He recalled that from the beginning of 2022, new sea-based hypersonic missiles with a speed of Mach 9 will enter service with the Russian army. “The flight time will also be 5 minutes for those who give orders. This, the creation of such threats for us, is the red lines. I hope it will not come to this, “the president concluded.

Earlier, Putin also answered a question about the possibility of bringing Russian troops to Ukraine. According to him, neither Kiev nor Moscow will experience any threats if relations are improved. “The point is not to send troops – not to enter, to fight – not to fight, but the point is to improve relations,” the head of state emphasized.