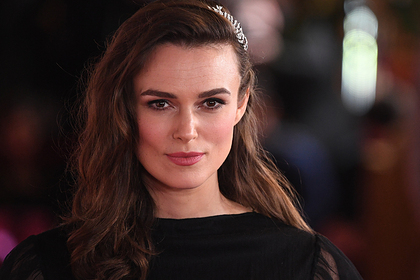 British actress Keira Knightley and her family were infected with the coronavirus. This is reported by The Telegraph.

The artist said that she is currently in self-isolation. “I have covid and I feel pretty lousy,” she said.

According to the actress, her daughters, six-year-old Eddie and two-year-old Delilah, were able to recover quickly. Knightley's husband, former Klaxons vocalist James Ryton, was asymptomatic.

“He is very pleased with himself. He is convinced that it happened [he got sick without symptoms], because he is swimming in cold water, and I am not, “Knightley added.

Earlier, Keira Knightley said about widespread harassment. “I don’t know a single woman who wouldn’t have experienced it to one degree or another, be it touching or meeting some guy who says he’s going to slit your throat or punch you in the face,” said the artist./p>

Knightley noted that she was “devilishly depressed” by the current situation. She admitted that she tries to be attentive, as she worries about her safety.