Putin presented for the award a SOBR soldier who died during a special operation in St. Petersburg 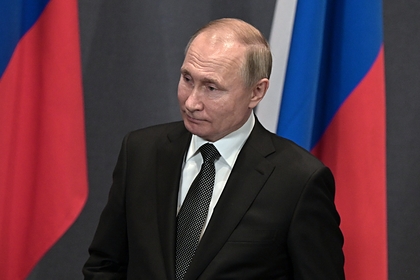 Russian President Vladimir Putin, by decree of November 29, posthumously awarded the Order of Courage SOBR fighter Lieutenant Colonel Yevgeny Zakharov. This was reported to “Lente.ru” by the representative of the Russian Guard Valery Gribakin.

Earlier, on November 12, he was presented to the Order of Courage for his courage and loyalty to the official duty, head of the Russian Guard, Viktor Zolotov.

In the morning of November 9, a special operation took place on the Pulkovskoye highway in the Pushkin district of the city with the participation of employees of the Investigative Committee of Russia, the Ministry of Internal Affairs and the National Guard. Security officials detained suspects in telephone fraud. One of the intruders was driving a Fiat Ducato – he knocked down and ran over a SOBR fighter who blocked his path. Evgeny Zakharov died on the spot from his wounds.

The deceased is survived by his wife and three children.