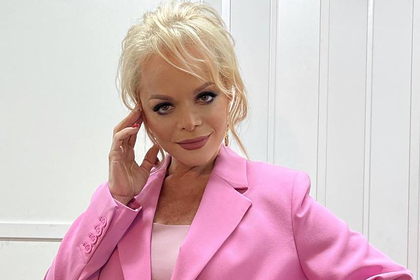 Russian singer Larisa Dolina revealed the secret of her weight loss in the comments under a new photo. The corresponding post appeared on her Instagram page.

The 66-year-old pop artist posted a picture in which she poses in a pink jacket and a light crop top. In the video posted, the performer's hair is pulled in waves and gathered in a bun, and her face is wearing smoky eyes.

“I realized to myself that now many colors suit me! And, of course, the realization of this came when I lost unnecessary pounds (…) As soon as I lost excess weight, I discovered in myself a strange, hitherto unusual for me confidence that I am the most beautiful in the world, “Dolina admitted .

Earlier in October, Dolina's ex-husband expressed another version of the singer's dramatic weight loss. According to him, in the 1990s, Dolina had “the famous kefir diet, which thundered all over the country,” on which singer Alla Pugacheva also sat. Later, the artist began to transform her body and face through surgery.