Media: 17 people and 11 organizations from Belarus were included in the EU sanctions list 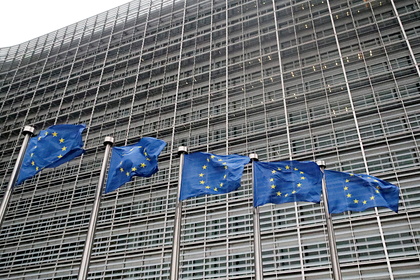 On December 1, the European Union will approve the fifth package of sanctions against Belarus … Radio Liberty writes about this ( recognized by the Russian Ministry of Justice as a foreign agent ) with reference to a source in Brussels.

According to media reports, 17 officials and 11 organizations from Belarus. Restrictive measures will enter into force from the moment of signing and publication of the relevant document.

It is also noted that for this purpose the European Council has amended the criteria for imposing sanctions and allowed them to be introduced against individuals, legal entities and state bodies that organize or facilitate the illegal crossing of the borders of the EU member states or the smuggling of goods into the territory of the EU countries.

In particular, the restrictive measures affected the chairman of the State Border Committee (GPK) of Belarus Anatoly Lapo, the head of the Grodno border detachment Konstantin Molostov, the official representative of the Ministry of Foreign Affairs of the republic Anatoly Glaz and the head of the ONT TV channel Marat Markov.

Among the companies that have come under the sanctions are Belavia airline, Center Resort travel agency, as well as Grodno Azot and Belarusneft enterprises. >

The intention of the European Union to impose new sanctions against Minsk became known on November 9. The EU and NATO have accused President of Belarus Alexander Lukashenko of using migrants as a weapon of hybrid attacks and pressure on Western countries. It is planned that the new measures will target Belarusian officials, who, according to Brussels, organized the migration crisis on the eastern borders of the EU.