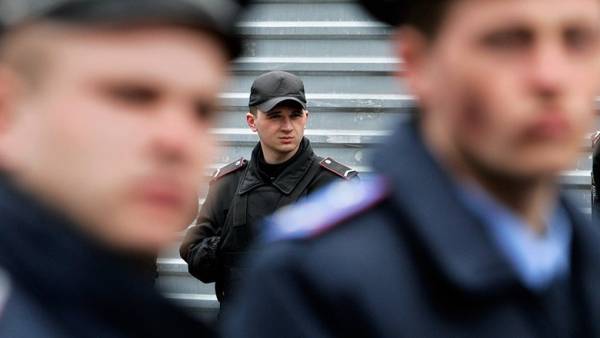 Earlier, Moscow & nbsp; already denied such intentions, and & nbsp; President of Ukraine Volodymyr Zelensky said that & nbsp; he personally & nbsp; does not & nbsp; & nbsp; & nbsp; ; possibility of a coup.

“We have classified information that demonstrates special intentions (for & nbsp; organizing a coup d'etat)”, & nbsp; & mdash; said Mr Shmygal in an & nbsp; interview with Reuters. On the & nbsp; question, is & nbsp; is & nbsp; behind & nbsp; this the Russian state, he & nbsp; replied: “ Absolutely. ''

Last week, President of Ukraine Volodymyr Zelensky said that & nbsp; received information about coup in the & nbsp; country behind & nbsp; which, allegedly, are representatives of Russia and & nbsp; Ukraine. In & nbsp; particular & nbsp; & mdash; businessman Renat Akhmetov. The president himself then emphasized that & nbsp; does not & nbsp; believe in the & nbsp; realism of such a scenario and & nbsp; considers it & nbsp; an attempt to “ substitute ''; Mr. Akhmetov.

Press Secretary of the Russian President Dmitry Peskov said that & nbsp; Russia did not & nbsp; plan a coup d'etat in & nbsp; Ukraine and & nbsp; does not & nbsp; conduct such operations. Earlier, the head of intelligence of Ukraine Kirill Budanov said that the protests against vaccination against coronavirus that took place there are Russia's preparations for a military invasion of the & nbsp; country.