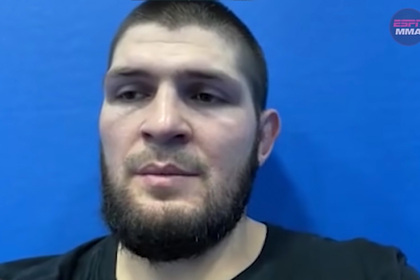 The athlete said that fake news gives him the most inconvenience. He cited as an example media reports about an allegedly signed contract with a professional football club, which never happened. “Anyone can write anything they want. And everyone watches, likes, writes comments, “the fighter emphasized.

On November 29, Nurmagomedov spoke about his plans for his own promotion of Eagle FC in 2022. He said that the organization will hold a tournament in Miami at the end of January next year.

In the fall of 2020, Nurmagomedov retired. In the last fight against American Justin Gage, the Russian defended the UFC lightweight belt for the third time in his career. The victory over Gagee earned him the first place on the list of the best fighters in the UFC, excluding weight classes. In total, he has 29 victories in 29 fights.