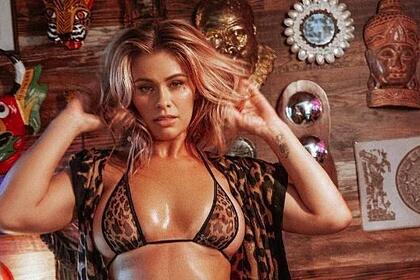 A 27-year-old American woman appeared in front of fans in a leopard bikini. In an hour from the moment of publication, the pictures have gained more than 49 thousand likes.

Vanzant is considered one of the sex symbols of MMA. The American was remembered by fans for her performances in the Ultimate Fighting Championship (UFC) and the regular publication of candid photos on social networks.

After being defeated by Amanda Ribas in July 2020, Vanzant left the UFC. In August of the same year, she signed with Bare Knuckle FC, which hosts bare-fist fighting tournaments. Under the auspices of the promotion, she suffered two defeats in two fights. In the last of them, she fought with Rachel Ostovich, whom she crossed paths with in the UFC.

The American also participated in various TV shows – “Dancing with the Stars” and Chopped.