Lukashenko: the cost of keeping migrants amounted to $ 25 million 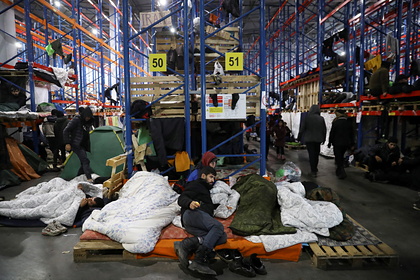 border with the European Union.

According to Lukashenka, a week ago the costs were $ 12.5 million, now they have already doubled, that is, $ 25 million. He added that the World Health Organization sent “stockings, pads, diapers” as assistance.

Lukashenka said that he would try to solve the problem with migrants before the New Year, since they “hang out” in Minsk and Grodno. The Belarusian authorities will ask these people to return to their homeland, since there will be no humanitarian corridor to Germany. A thousand people have already flown to Iraq, the president stressed.

He also said that the Acting German Chancellor Angela Merkel asked him to deal with the repatriation of migrants. “I say:“ Angela, let's not even speak with such harsh words, ”Lukashenka noted.

Earlier, he linked the migration crisis with Western sanctions, comparing them to a noose around his neck.