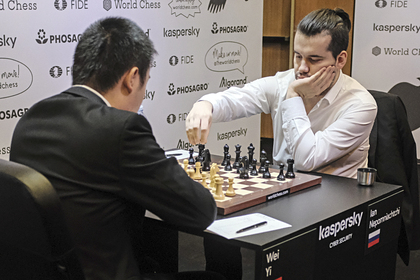 crown with Norwegian Magnus Carlsen. This was reported by the Lenta.ru correspondent.

In the first three games, the athletes also failed to identify the strongest, so at the moment the score in the opposition is equal – 2: 2. The next time the chess players will meet is on December 1. The game will start at 15:30 Moscow time. The match takes place in Dubai.

The duel consists of 14 classical chess games. If, based on their results, the winner is not determined, the chess players will play a tie-break. To win the title, an athlete needs to score 7.5 points. A draw is worth 0.5 points, and a victory is one point.

The meeting between Nepomniachtchi and Carlsen was postponed for a year due to the COVID-19 pandemic. The Norwegian is the reigning world champion.