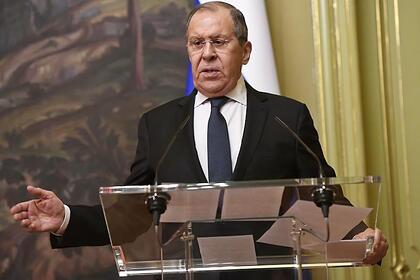 Moscow admits that the Ukrainian authorities may break into military adventures. This was stated by Russian Foreign Minister Sergei Lavrov, his words on Tuesday, November 30, RIA Novosti reports.

As Lavrov noted, the likelihood of such actions by the Kiev authorities poses a direct threat to the security of Russia. “If the West cannot keep Ukraine, but, on the contrary, encourages it, of course, we will take all the necessary steps to reliably ensure our security,” the minister emphasized.

At the same time, he recalled that earlier the president Vladimir Putin of Russia has already stated that Moscow is not interested in any conflicts.

Earlier, the official representative of the Russian Foreign Ministry Maria Zakharova called the statements of Kiev, the United States and NATO representatives about the military threat to Ukraine from Moscow provocations. According to her, Western countries are already supplying additional weapons to Ukraine and sending their military to the country.

Prior to this, Bloomberg reported that, according to US intelligence, Russia plans to attack Ukraine in 2022 from three sides … Ukrainian intelligence claimed that this would happen in late January or early February. The Kremlin said it was not hatching aggressive plans.