In a polyclinic in the Volgograd region, a patient attacked a doctor with a pistol from behind a queue 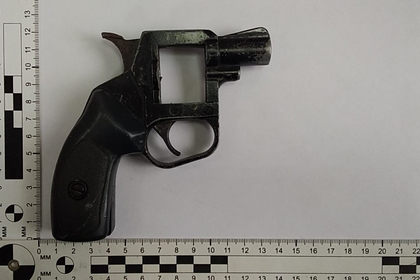 In turn, the patient made a scandal and attacked the doctor with a pistol, according to the website of the regional department of the Ministry of Internal Affairs of Russia.

It is noted that the therapist made a remark to the Russian woman, then the woman took an object from her bag that looked like a pistol and threatened to kill doctor. The medic called the police.

“The suspect was detained, she confessed. A starting sports pistol was seized from her. The forensic ballistic examination showed that it is impossible to shoot from it, because it lacks spare parts, “the report says.

The police will continue to clarify all the circumstances of the incident.

Previously, a resident of the Amur region attacked an ambulance paramedic who came to her. According to the police, when the ambulance brigade arrived at the address, there was a conflict between the citizen and the paramedic, during which a woman attacked and scratched him.

The police established that the 35-year-old woman had previously been involved in administrative responsibility under article 116 of the Criminal Code (“Beating”).