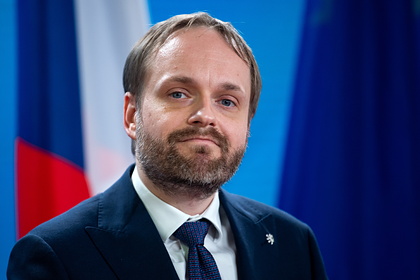 Czech Foreign Minister Jakub Kulganek called on Russia and NATO to sit down to the negotiating table. His words are reported by TASS.

So we talked. How the meeting between Putin and Biden will change relations Russia and the United States? 00:01 – 27 July

“Russia must abandon unnecessary provocations [in Eastern Europe]. It will be difficult, but at the same time Russia and NATO must strive to return to the negotiating table and to restore dialogue, “the Czech Foreign Minister said ahead of the meeting of the heads of the NATO foreign affairs agencies in Riga.

According to Kulganek, now the initiative in the confrontation between Moscow and Brussels is on the side of the Kremlin. According to him, NATO is ready for a dialogue with Russia. However, as the minister noted, the Russia-NATO meeting has not been held for two years at the initiative of Moscow.

On November 29, NATO Secretary General Jens Stoltenberg said that he believed in the possibility of a dialogue with Russia. However, he also noted that the countries of the North Atlantic Alliance need to demonstrate unity so that “Russia does not want to attack any of the NATO countries.”

Earlier, Russian President Vladimir Putin explained the diplomatic conflict with NATO by the illogicality of the policy of the representatives of the alliance. In his opinion, Russian diplomats under NATO were expelled from Brussels for no reason, and Moscow responded in the same way, closing the alliance's military mission.