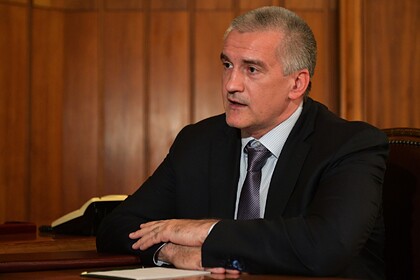 Crimean residents will be happy to see Belarusian President Alexander Lukashenko on the peninsula, said Russian region Sergei Aksyonov in his Telegram channel.

According to him, the decision of the leader of Belarus to visit the peninsula corresponds to the spirit of fraternal relations. Aksenov expressed confidence that the guest will be able to appreciate the unique nature of Crimea, monuments of history and culture, hospitality. “This visit will open up tremendous opportunities in terms of developing relations between Belarus and Crimea,” he gave a positive assessment to Lukashenko's idea.

Earlier, Lukashenko said that he plans to visit the Russian region by agreement with Russian President Vladimir Putin. He recalled that the peninsula became de facto and de jure Russian after the 2014 referendum. Lukashenko stressed that his visit would mean the official recognition of the Russian territory.

Crimea returned to Russia in 2014, when its residents supported this idea in a referendum. Prior to that, Belarus did not recognize Crimea as Russian.