Alexander Lukashenko: Belavia will be able to take Belarusian citizens to a sanatorium in Crimea 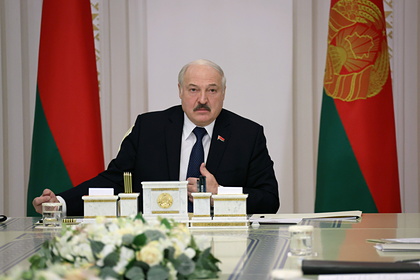 Belarusian airline Belavia will fly to Crimea when Minsk will have a need for this. President of Belarus Alexander Lukashenko spoke about this in an interview with RIA Novosti.

He announced the potential for launching Belavia flights to the peninsula and complained that they could not be sent there through Ukraine. “Twice, probably, the circle or one and a half will be further,” Lukashenko explained.

The head of state also spoke about the Belarusian sanatorium, which is located in Crimea, and stressed that Minsk is ready to send its citizens there … “Listen, our hands are free,” the president noted.

Earlier, Lukashenko admitted that Crimea is de facto and de jure a territory of Russia, and added that he was going to visit the peninsula. According to him, on this score he already has an agreement with his Russian counterpart Vladimir Putin.

Since May 26, Ukraine has stopped air traffic with Belarus due to the incident with an emergency landing in Minsk of a Ryanair airline and the arrest of the creator by Belarusian security forces opposition Telegram-channel NEXTA Roman Protasevich.