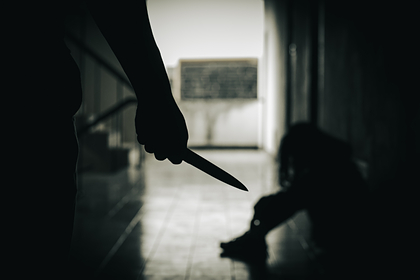 A resident of Saratov was jealous of a Russian for his close friend and stabbed him with a knife more than 580 times. This was reported to “Lente.ru” on Tuesday, November 30, in the press service of the Investigative Committee of Russia (TFR) in the region.

According to the investigation, on the night of November 21, 2020, a 31-year-old local resident together with his girlfriend he received guests – two friends. As it seemed to the landlord, one of the guests showed signs of attention to his girlfriend. Then, during a joint trip to the store at night with this man, he tried to sort things out.

A fight ensued, as a result of which a jealous man hit his opponent with a stone at least 30 times. Then he took out a knife and hit an acquaintance with it at least 580 times. After that, the offender fled the scene.

The forensic expert later concluded that death occurred not only from multiple wounds, but also from a skull fracture. Criminal investigation officers were able to detain the suspect in hot pursuit. And although he never admitted guilt during the entire investigation, the investigation has strong evidence against him. Now the criminal case has been sent to court, and soon the accused is awaiting a verdict.