Vucic: They are trying to squeeze Russia out of the gas market in Europe, including with Nord Stream 2 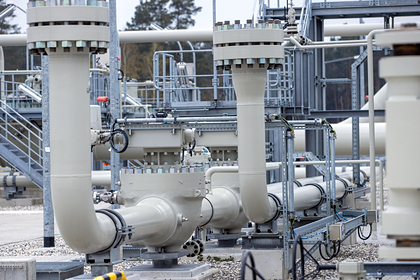 President of Serbia Aleksadnr Vucic stated that Russia is being squeezed out of the natural gas market, including the Nord Stream 2 gas pipeline. This is reported by RIA Novosti with reference to local media.

According to him, at the moment Europe lacks 70 billion cubic meters of gas, while 55 billion is provided for the passage through the “Nord Stream-2”. However, European countries are not launching the pipeline due to pressure from the United States, Vucic said. “The Russians have a problem they don't want to talk about. Namely, they are trying to squeeze them out politically, although there is no gas in Europe, “the president explained.

In addition, the Serbian leader noted that the country during the crisis was helped by the completion of the construction of a gas pipeline from Bulgaria to Hungary, through which fuel from the “Turkish Stream”. He stressed that now Belgrade has where to get gas.

Earlier, Vucic said that Russia had agreed to supply gas to Serbia on exceptional price terms. “President Putin has shown exceptional friendliness to Serbia: we managed to get an incredible $ 270 gas price for the next 6 months, so the price for us does not change, it remains exactly the same. We agreed to increase the amount of gas for these 6 months, as well as the flexibility [of supply], which I especially asked President Putin for, “Vucic said.