Ambassador Melnyk: Kiev has the right to reparations from Germany for lost cultural property 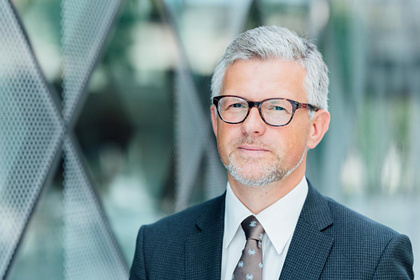 reparations for cultural property lost during World War II, and the archive of the scores of the composer Johann Sebastian Bach, transferred to Berlin during the presidency of Leonid Kuchma. He wrote about this in a letter to the chairman of the Berlin Singing Academy Foundation, RIA Novosti reports.

According to him, Kiev has every right to expect compensation from the German government for its huge losses. The diplomat also noted that Berlin should support Kiev on its way to membership in the European Union (EU). At the same time, the ambassador complained that the German authorities ignore Kiev's proposals to create a “Compensation Fund for War Losses” for the purchase of valuable world-class art objects for Ukrainian museums. On the issue of transferring the Bach archives, Berlin also does not respond to proposals on the possibility of establishing an annual bilateral music festival or on a multimillion-dollar program of financing classical music in Ukraine, Melnyk emphasized.

In addition, the Ukrainian ambassador said that during the occupation during the Second World War, Ukraine was completely ruined. He noted that more than half a million museum exhibits were damaged, 46 million archival materials and 50 million books were missing. In total, in his opinion, Ukraine accounted for 73 percent of the total losses of cultural property of the USSR.

Earlier, the former Minister of Foreign Affairs of Ukraine Pavel Klimkin called for compensation from Germany for the launch of the Nord Stream-2 gas pipeline. “You have to take them by the gate and say:“ Germans, now come – this is now your responsibility – and work with us in energy efficiency, biomethane and hydrogen energy, ”the politician said. According to Klimkin,“ everyone should pay the bills, ”therefore the best that Kiev can do is to “bang the Germans” for Nord Stream 2.