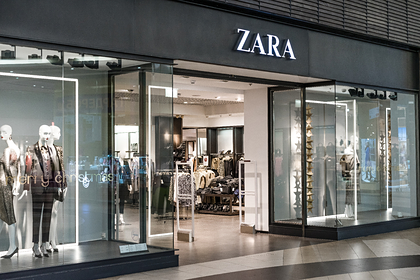 British TV star, stylist and writer Trinny Woodall revealed the unpleasant truth about the pricing in the stores of the Spanish brand Zara. The stories that appeared on her Instagram account were noticed by The Sun journalists.

The stylist regularly shares her findings in stores with subscribers and shows off the purchased outfits. In one of her latest publications, she showed clothes that she purchased from the mass market Zara, namely a maxi dress, a multi-colored wool sweater and a khaki coat.

Woodall drew attention to the difference in the cost of one and the same the same thing that is presented in the brand's boutiques in European countries and in the UK. “I tore off the sticker on the label and saw that in Europe the jumper costs 99 euros (83 pounds sterling), and we sell it for 109 pounds sterling. Since when is the pound worth less than the euro? ” – she was indignant.

Woodall recommended the company's management to maintain a common pricing policy in different parts of the world. In her opinion, the British buy goods at an inflated cost, while overseas, identical products are sold several times cheaper. “Oh god, Zara, you're just robbing us!” – the writer lamented.

In November, a former Zara employee described ways to buy the brand's clothes cheaply. The heroine of the article explained that, as a rule, the cheapest clothes are located in the farthest parts of the store. She also said that the Zara website should be checked regularly, as it can be used to track clothing price declines.