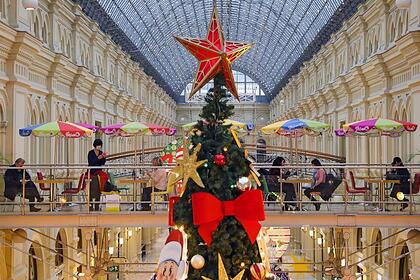 gifts of danger. Environmentalists have created a petition in which they asked the country's largest stores to abandon disposable holiday packaging and holiday decorations, according to the organization's website.

Greenpeace employees noted that most of the garbage after the winter holidays falls on wrapping paper – it It is covered with a layer of plastic and is not recyclable, and after being sent to a landfill pollutes the planet for a long time.

Other decor for gifts can harm not only nature, but also humans. We are talking about glitter made of microplastics, which often consist of chemical compounds that are toxic to health. Even recyclable waste in the post-New Year period remains too much. According to ecologists, sorting companies process them for a whole month.

The organization believes that it is possible to reduce the gigantic amount of garbage after the holidays if we reconsider the attitude towards packaging and decoration of premises – do not use or sell disposable goods for decoration, holiday bags made of paper and plastic. Instead, Greenpeace advised to choose reusable decorations for interior decoration and tell customers how to decorate gifts with improvised means.

In early September, it became known that Russia may ban the production of several types of disposable plastic goods and packaging. The new rules should apply to plastic appliances, dishes, coffee capsules, blister packaging (except for medicines), packaging for tobacco products, as well as packaging for eggs, cotton swabs and several types of bags. The ban will take effect no earlier than 2023.