Lawyer Stavitskaya: ex-senator Rauf Arashukov and his father Raul did not plead guilty to the murders 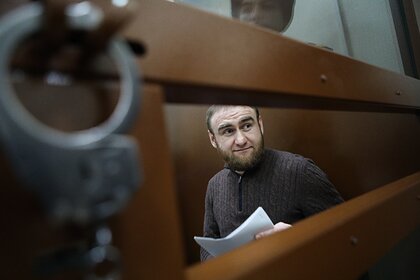 Former senator Rauf Arashukov and his father Raul during the first meeting in the Moscow City Court, on the merits of the case, they did not plead guilty to any of the charges brought against him, including murders. The ex-senator's lawyer Anna Stavitskaya told Interfax about this.

As one of the participants in the process told TASS, only Guzer Khashukaev pleaded guilty, who is accused of embezzlement, false denunciation and membership in a criminal community. p>

The next court session will be held on November 30, at which they will begin to interrogate witnesses and examine written materials.

In the case of the former senator there are 20 defendants, including his father Raul Arashukov, who, according to the investigation , created a criminal group to steal gas from Gazprom worth more than 30 billion rubles. The defendants in the case are also accused of organizing the murders of Aslan Zhukov, a representative of the Circassian youth movement, and Fral Shebzukhov, adviser to the President of the Karachay-Cherkess Republic, in 2010. Father and son Arashukovs were detained in January 2019.