Model Frida Farrell spoke about the rapes she suffered in 2002 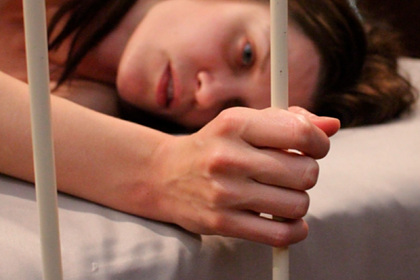 Swedish model Frida Farrell revealed details of her abduction in 2002, after which she fell into sexual slavery and was raped. The corresponding interview is published by The Sun.

The heroine of the material said that at the age of 23 she moved to London to become a professional actress, and on one of the central streets of the city she met a man named Peter. A new acquaintance politely invited the girl to become the heroine of an advertising campaign for the motorcycle manufacturer Harley Davidson and invited her to the casting.

The model went to see Peter's apartment and returned there a few days later to take part in a photo shoot. According to Farrell, when she entered the room, the man locked the door with a key and began threatening her with a knife. “I just froze in place and realized that it was not my fault and I could not change anything. I was very scared, “the model recalled.

The heroine of the material explained that the kidnapper forced her to put on dirty linen and drink milk with the addition of a narcotic substance, which made her unconscious for a long time. After that, he raped a girl for the first time. “After sex, I passed out and was disoriented, not knowing where I was. There were no items in the room that I could use to protect myself in a fight, “added the actress.

In total, in three days, the model was raped by six unknown men. According to her, she did not remember their faces due to blurred consciousness. Farrell managed to escape when the kidnapper forgot to latch the door. The girl managed to get to the house of a friend, who insisted that she contact the police.

The victim stressed that at first the law enforcement officers did not believe her story. “I felt like they didn't care about my situation,” Farrell recalled. As a result, the police still started looking for the criminal, but he managed to escape.

It is known that after the incident, Farrell decided to make a film to support other victims of similar events and warn models about the possible consequences of their activities. The film by director Rudolf Buytendach “Selling Isobel” appeared on screens in 2016.

Earlier, fashion model Emily Ratajkowski spoke about the rape in her youth committed by her 16-year-old lover. “Why didn't I scream at the top of my lungs when I was 15? Who taught me to be silent? I hated myself. I didn't tell anyone what happened that weekend with Owen. It was sex without consent. I was so young, I haven't even had sex before, “she said.