Deputy Foreign Minister Grushko: Russia is unlikely to return its permanent mission to NATO in Brussels 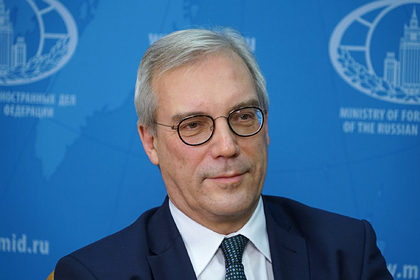 Russia is unlikely to return NATO's permanent representatives to Brussels the development of the bloc's policy does not indicate such a possibility. This was stated by the Deputy Minister of Foreign Affairs of the Russian Federation Alexander Grushko at the site of the Valdai discussion club, writes TASS.

“Everything is developing so that we are unlikely to return,” he said, commenting on the prospect of restoring the permanent mission of the Russian Federation.

According to Grushko, the current policy of the alliance is being built “according to the tracing of the Cold War” and corresponds to the tasks of “parrying the threat from the east.”

Earlier it became known that French Foreign Minister Jean-Yves Le Drian, at a meeting with NATO foreign ministers, plans to discuss how to return to joint work with Russia on arms control.

On October 6, NATO announced a reduction in the size of the Russian mission in the organization from 20 to 10 people , eight diplomats had their accreditation revoked, two more vacancies were abolished.