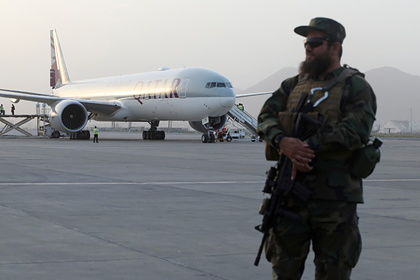 Representatives of the European Union held a two-day dialogue with the movement Taliban (terrorist organization banned in Russia) . This is reported by Interfax.

The European Foreign Service clarified that the negotiations do not mean recognition by the EU of the interim government of Afghanistan, but are part of operational interaction in the interests of the EU and the Afghan people.

During the dialogue, the Taliban reaffirmed their promise to ensure the safe passage of foreign citizens and Afghans wishing to leave the country, and asked for help in keeping the airports operating. Also, both sides expressed serious concern about the deteriorating humanitarian situation with the approach of winter. The European Union announced its intention to continue to provide assistance to needy Afghans.

The need to start negotiations with the Taliban movement, which established power in Afghanistan, was pointed out in September by the EU High Representative for Foreign Affairs and Security Policy Josep Borrell. “The Taliban are now becoming inevitable negotiators for us. We should ensure our presence in Kabul and try to avoid being pushed aside by other powers, ”the diplomat said at the time. According to him, what happened in Afghanistan was a tragedy for Afghans and a failure for Western countries. He also noted that conclusions should be drawn from the victory of the Taliban over the Afghan government so that this does not happen again in other states.

Borrell also said that the leaders of the EU countries are ready to cooperate with the Taliban if the new rulers of Afghanistan will follow a number of rules. Among the conditions for potential interaction between the EU and the Taliban, he named ensuring free access to humanitarian aid for Afghans, as well as respect for fundamental human rights and the rule of law. He noted that Afghanistan under the rule of the Taliban should not become a springboard for the export of terrorism to other countries.