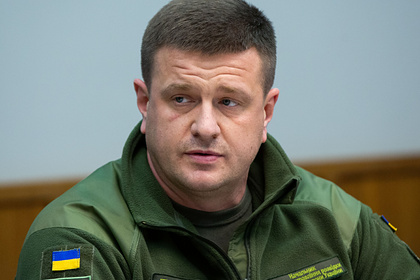 The Security Service of Ukraine (SBU) interrogated the former head of the Main Directorate of Intelligence of the Ministry of Defense the case of the “Wagnerites”, reports 112.ua.

The interrogation took place at the request of Burba. The former head of intelligence testified as a witness.

On November 26, President of Ukraine Volodymyr Zelensky said at a press conference that Burba had proposed a special operation to detain fighters of the Russian private military company (PMC) Wagner after Zelensky himself decided dismiss him from his post as head of the intelligence department.

According to the president, he told Burba that he would agree to a special operation, if people did not suffer. Zelenskiy considered it an adventurous idea to deceive the plane with the Wagnerites in Kiev, since in this case civilians could die. However, Burba, according to the Ukrainian leader, said that this is even good, since the deaths can be blamed on Russia.

“We did not carry out this operation, we were dragged into it. I am ashamed of this episode of Ukrainian intelligence, “Zelensky said.

Burba then promised to sue Zelensky.

On July 29, 2020, 33 Russians were detained in Belarus on charges of preparation of riots before the presidential elections. Some of them had Ukrainian passports. Kiev requested their extradition, but the detainees returned to Russia. Later, the editor-in-chief of the Censor.net website, Yuri Butusov, said that they wanted to lure the Wagnerites to Kiev, but the operation failed because of Zelensky. The President of Ukraine called it nonsense.