Altstein: the omicron strain COVID-19 is “degenerate” and is not capable of causing a serious illness 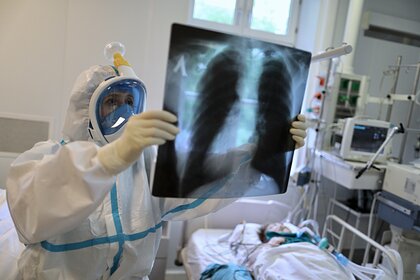 Virologist, Chief Researcher Anatoly Altstein said that the new omicron strain COVID-19, discovered in South Africa, behaves like a “degenerate”, which may indicate the imminent end of the pandemic. His words are quoted by the publication News.ru.

The virologist said that the omicron strain has an imbalance in the genetic system. This may indicate that it is not capable of causing serious diseases.

“If there are no deaths, then this virus means the approaching end of the pandemic, because it behaves like a degenerate – 52 mutations in one gene”, – said Altstein.

The virologist also noted that with such characteristics, the new strain is able to spread rapidly. Altstein noted that it is too early to judge the omicron, since the number of cases is only about 100 people in the world.

Earlier, Altstein admitted the possibility that a person will adapt to the new strain of COVID-19, called the omicron, and the pandemic will end … According to the virologist, this is a variant of the virus that humanity has been waiting for a long time. It may not cause serious consequences.

A new strain of coronavirus code B.1.1.529 was detected in South Africa on November 11, and isolated cases were also recorded in European countries. The WHO recognized this option as dangerous and warned that the risk of infection with a new strain in survivors of COVID-19 may be higher.