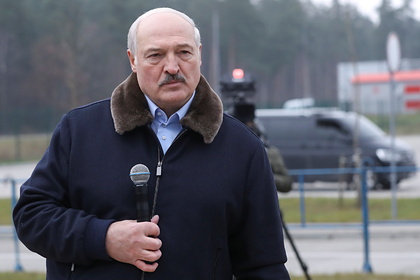 The head of state made the corresponding statement at a meeting at the Ministry of Defense of the republic, BelTA reports.

He spoke about two corpses “thrown” over the past two days at the Belarusian border, and pointed to the same handwriting … According to him, Lithuanian law enforcement officers place dead or half-dead illegal immigrants in a sleeping bag, after which they throw them on the Belarusian border, where local border guards discover already lifeless bodies.

The body found on November 28 was also reported by the State Border Committee ( GPK) Belarus. According to the ministry, at night the officers of the CPC found the body of a “beaten and emaciated man of non-Slavic appearance”, as well as traces of his being dragged to the Belarusian border from the territory of Lithuania.

Prior to that, the Belarusian border committee accused the Lithuanian law enforcement agencies of beating to death one of the refugees. The ministry noted that the body of the injured man was found on November 27 at the Vidzy border post.