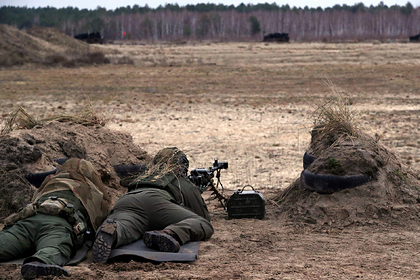 The quality of weapons and military equipment in Russia is much higher than in Ukraine, says a military expert, weapons specialist Alexei Leonkov. In a conversation with “Lenta.ru”, he added that the personal qualities of servicemen are also of great importance: not a single Armed Forces officer, according to him, is distinguished by courage. According to Leonkov, these are vile people.

“If we compare the quality of weapons, then everything is in favor of Russia,” Leonkov said. – If we compare heroism – here it is enough to remember Syria, our fighters, pilots who died with the words “this is for you guys”, a young guy who, fighting off the militants, caused fire on himself. Can the Ukrainian army boast of such heroism? Even in the civil conflict in the east, not a single APU was brave. These are vile people. ”

The military expert is sure: bravery is on the side of the defenders of Donbass. And statements like those made by Nedzelsky are a simple desire to become famous and maintain a warlike mood in Ukraine.

“This colonel also arranged an excursion about the Great Patriotic War: who fought on the side of the Nazis. We already know these facts, we do not need to remind about them. Better to remember how such people ended their lives. As criminals and traitors to the homeland, “Leonkov emphasized.

Statements by Kiev, the United States and NATO representatives about the military threat and a possible Russian invasion of Ukraine are provocations, said earlier Russian Foreign Ministry spokesman Maria Zakharova.