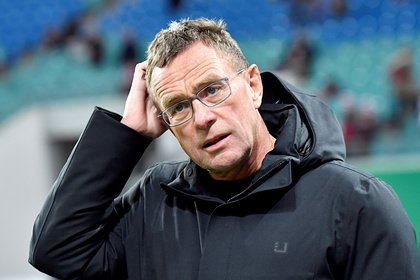 Moscow Lokomotiv will remain without compensation for leaving German specialist Ralph Rangnick to English Manchester United. This is reported by “Championship.com”.

The agreement with 63-year-old Rangnik did not provide for payments in case of transfer of a specialist to another club. The German coach has worked at Lokomotiv since February, heading the club's directorate for sports and development.

Rangnick's appointment as Manchester United coach became known earlier on November 29. The German signed a contract before the end of the season. After that he will continue to work as a consultant for the Red Devils.

In the past, Rangnick has headed a number of German clubs. In particular, he worked at Schalke 04, Hoffenheim and RB Leipzig.