Viber: 70 percent of Russians prefer to watch free video content on the Internet 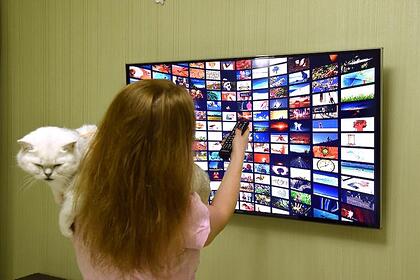 The vast majority of Russians are not ready to pay for video content on the Internet. This data was shared with Lenta.ru by Viber, whose analysts conducted a joint survey with the RuTube platform.

In particular, it became known that about 70 percent of respondents prefer to watch free content. Only 14 percent of Russians are ready to support video producers if the video is of high quality. At the same time, only every fiftieth resident of the country (two percent) said that any work should be paid, regardless of quality.

Experts from Viber and RuTube also found out what part of Russians are interested in the work of video bloggers. Only every fifth resident of the country (20 percent) pays no attention to such content. The overwhelming majority of Russians (60 percent) choose content in Russian, another 10 percent are equally interested in both domestic videos and foreign-made videos. Only two percent of the respondents watch exclusively foreign bloggers.

The study also showed the popularity of content on the topic of humor – it is most often viewed by 58 percent of respondents. Other popular areas include science, art and children's topics (20 to 22 percent). According to the survey, Russians would like to see more humorous, entertaining and educational videos on the Internet.

Earlier, former world boxing champion Kostya Tszyu shared his opinion on the unpopularity of paid sports broadcasts in Russia. The 52-year-old ex-champion believed that the Russian viewer needed to be taught the legal consumption of content. Tszyu also explained the unwillingness of Russians to pay for broadcasts.