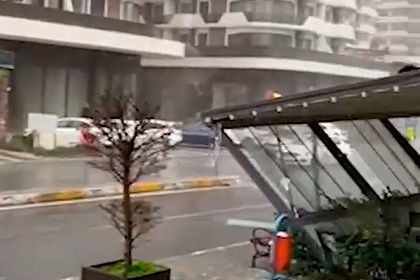 In Turkish Esenyurt, Istanbul province, a – the hurricane wind killed two people, nine were injured. The victims of the hurricane are reported by the NTV channel.

The gale wind has reached a speed of 22 meters per second. The main meteorological service of Turkey issued an orange warning for 17 provinces.

It also became known about the termination of the movement of ships on the Bosphorus. A representative of the Turkish Coast Guard Directorate, in a conversation with RIA Novosti, said that the strait was blocked in both directions.

Earlier in Russia, three people were injured when the wall of a shopping center in the north of Moscow collapsed. In the capital's headquarters of the Ministry of Emergencies, it was reported that first the scaffolding with workers collapsed, and only after that the wall partially collapsed. Rescuers removed two people from the rubble and handed them over to doctors.