Sociability, charm and irony are named the secrets of SberCat's success 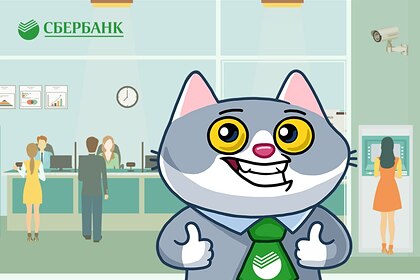 SberCat celebrates the third anniversary of his beloved hero SberCot. Its task is to teach financial literacy.

It all started with a community and a chatbot on the VKontakte social network, where the first cat meme was published and the first mailing took place. More than 14 million users have already received it, and stickers with a cat have become the most popular commercial stickers on this social network.

In four years, the hero has had his own fan base, and his image has gone beyond the framework of one social network. The cat has its own channel in the SberBank Online application, skills in the virtual assistant Salute, a series of podcasts has been recorded. In addition, the hero was immortalized as a monument in Nizhny Novgorod and as an image on a coin. The birthday boy has a friend, Kusya, and a friend, the dog Ryk.

In honor of the holiday, from November 29 to December 5, SberCot week was announced. You can share your favorite memes of the hero on social networks and put the hashtag # 4years to SberCot, as well as set welcome screensavers and avatars in the SberBank Online application. You can also listen to SberCot's playlists in his auto profile in SberSvuk. Subscription to his VKontakte chat bot will help you not to miss surprises from the birthday cat.

“The secret of our SberCat's success is extremely simple: our character is sociable, charming, ironic, he is inimitable knows how to talk about finances in the language of memes and sparkling life hacks, refuting the myth that this is a boring topic. SberCot, like no one else, feels its audience, lives by its interests and knows how to communicate with it. And he has a lot of plans on how to make all his projects even more interesting and large-scale. Therefore, subscribe, read, watch and listen, because SberCot talks about money so clearly that even ordinary cats understand it, “said Vladislav Kreinin, Senior Vice President, Director of the Marketing and Communications Department of Sberbank.