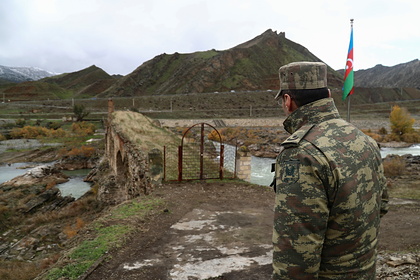 Armenia's allies in the Collective Security Treaty Organization (CSTO) congratulated Azerbaijan with the victory in the Second Karabakh War. This is stated in the final declaration of the 15th summit of the Economic Cooperation Organization (ECO), which was held in the capital of Turkmenistan, Ashgabat, reports “Sputnik Azerbaijan”.

In the statement of the summit, to which the CSTO member countries Kazakhstan also joined , Kyrgyzstan and Tajikistan, ECO participants congratulated the government and people of Azerbaijan “on the liberation of the occupied territories and restoration of the country's territorial integrity.” economic prosperity in the Caucasian region through the establishment of good-neighborly relations “, and called on to invest in reconstruction projects on Azerbaijani territory in Nagorno-Karabakh.

In April, the president of Belarus, a member of the CSTO, Alexander Lukashenko, offered Azerbaijani leader Ilham Aliyev assistance in rebuilding the territories, affected by the war in Karabakh. At the same time, he stressed that by winning the conflict with Armenia, Azerbaijan “made a great step towards achieving its national dream.”