In Crimea, due to strong winds on November 29 and 30, a storm warning was announced 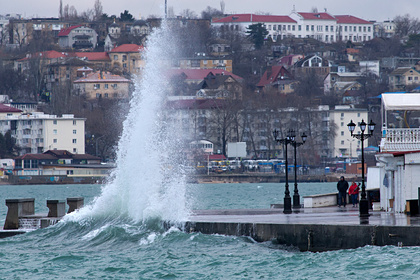 On November 29 and 30 in Crimea in connection with a storm warning was announced by a strong wind. Because of the hurricane, some of the residents were left without electricity, RIA Novosti reports.

The wind knocked down several trees, which damaged the cars. Local residents reported power outages in some areas of Simferopol, as well as in several surrounding villages. Due to bad weather, the work of boats in the Sevastopol Bay has been suspended.

According to the hydrometeorological center, in connection with the passage of the frontal sections, more than 30 millimeters of rainfall will fall in the southern, central and eastern regions of the region per day. In mountainous areas, wind gusts will reach 35 meters per second.

Earlier, the scientific director of the Hydrometeorological Center, Roman Vilfand, predicted weather hazards for a number of Russian regions: the Kemerovo Region, Altai and Primorsky Territories.