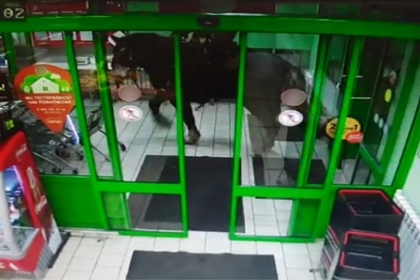 A resident of the Kursk region shop on a horse and brandished a saber, whipped in a Cossack society and fired from his job. The man himself reported this to “Kurskiy Izvestia.” After the incident, he was detained by the police. The man said that he was drunk at the moment, and later in the Cossacks he was whipped ten times with a whip. In addition, he is fired from his job as a hunting manager. “I was a fool. I apologize to everyone. This will not happen again. I don't want to cast a shadow on the Cossacks, “Vadim added.

He also said that the horse he rode through the Karl Liebknecht village was later found walking unattended.

At this, in the Kursk District Cossack Society, journalists were told that the rider is not a real Cossack and is not in their register, but acts in the cutting federation with a saber.

Earlier it was reported that a drunk man in the Kursk region tried to ride a horse into shop “Pyaterochka”. In the police, he explained his act by the fact that the horse wanted bread, so he decided to give her the right to choose from the assortment of the store. The police confiscated a saber from the rider and drew up an administrative report on the man about resistance to the officers of the Ministry of Internal Affairs.