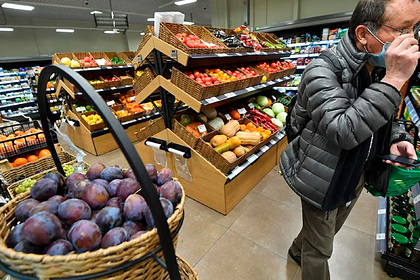 Starting next year, products and other food products may rise in price due to the launch of a new concept of Extended Producer Responsibility (EPR). This reason for the rise in prices was named by the Vedomosti newspaper.

After that, the cost of production may jump by 18-25 percent. The EPR assumes an increase in packaging recycling standards up to 100 percent, as well as an indexation of the eco-collection rate for those enterprises that do not undertake recycling.

In addition, Russian manufacturers have warned of a possible increase in prices for household appliances. Prices for it may rise by 15 percent amid a new ban on the export of all types of scrap and waste containing precious metals. Because of the ban, businesses will not be able to dispose of their products according to EPR, so they will have to pay eco-tax.

According to Rosstat, inflation in October reached 8.13 percent in annual terms. Most of all, food prices went up, especially fruit and vegetable products. The rise in food prices, according to the Central Bank, is due to a poor harvest this year. According to the regulator's forecasts, food inflation may continue to grow in the first half of 2022. At the same time, the Kremlin saw no reason for excessive alarmism due to the rise in prices in the country. Presidential press secretary Dmitry Peskov said that the government and the Central Bank maintain all the necessary parameters for macroeconomic stability in Russia.