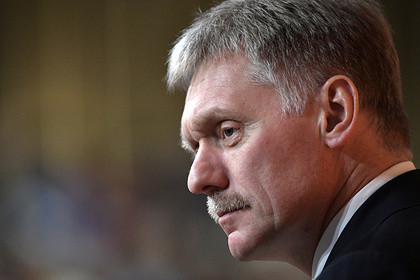 Press Secretary of the Russian President Dmitry Peskov said Russia is not going to attack anyone. This was reported by RIA Novosti.

Peskov, commenting on the statement of the head of Ukraine, Volodymyr Zelensky, that Russian leader Vladimir Putin should give guarantees of non-aggression against Ukraine, noted the absolute groundlessness of allegations of aggressive behavior or intentions of Moscow. He stressed that Russia has not prepared, is not preparing and will not prepare any offensive against anyone. “Russia is an absolutely peace-loving country that is interested in good relations with its neighbors,” Peskov said.

The Kremlin spokesman also added that the hysteria that is now being whipped up in the Anglo-Saxon and Ukrainian media and with Zelensky himself is unacceptable. “And we fear that this inflation may be an attempt to hide our own preparations for a military solution to the Donbass problem,” he summed up.

Earlier, Zelensky expressed concern about Moscow's rhetoric towards Kiev and NATO and asked Vladimir Putin to refute preparation of troops for the invasion of Ukraine. He also said that today the situation on the border between Russia and Ukraine is no worse than in the spring.