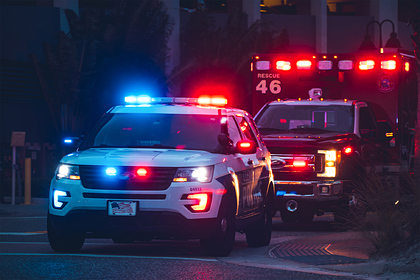 how she decided to call the police at the home of a 21-year-old friend raising her son and quarreled with her as a result. The mother was threatened with deprivation of parental rights, after which she accused her acquaintance of destroying her family.

According to the site's user, her friend became a mother a year ago. “After the birth of a child (from a casual acquaintance), my friend began to change. She became more reserved, less patient, and began to feel bad about what she had previously treated well. I thought she had postpartum depression, ”the girl shared.

The narrator noted that she always tried to help her friend with the child, despite the fact that she lived in another city and worked a lot. Once the heroine of the story had to stay at home for two weeks due to the fact that she had a suspicion of coronavirus, and when she finally came to visit a friend, it turned out that during all this time she had never cleaned the house. “The house was in a terrible state, and she was watching TV while the baby was crying loudly,” she recalled.

A few days later, a friend called her and through tears said that she had lost her son. When the girl came to her, it turned out that the young mother had deceived her: in fact, everything was in order with the child: she just wanted her friend to help her put things in order. After that, the narrator decided to make an appointment with the girl to see a psychologist, but three days before the appointment, she stopped communicating.

The heroine of the story was very afraid for her friend and decided to call the police at her house, since she could not come herself. “Militiamen came and saw that everything was all right with her, but she again did not follow the child. The guardianship authorities intervened in the situation. Now my girlfriend may be deprived of her parental rights. She is very upset and constantly repeats that I destroyed her family, “- said the author of the post.

However, in the comments to the post, many users supported the decision of the narrator to call the police. “She ignored the baby and generally acted differently from women suffering from postpartum depression. This was an unsafe situation for a toddler. It is good that you have attracted outside forces, “wrote one of the users. Some added that they had done the same in a similar situation.