In the Federation Council, the act of journalist Butusov was considered a PR action of a “not very smart person” 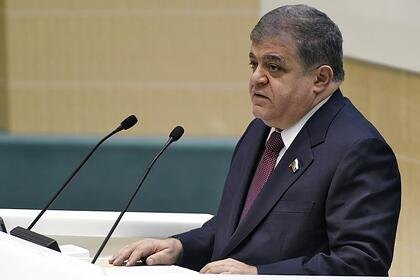 First Deputy Chairman of the Federation Council Committee on International Affairs Vladimir Dzhabarov called the shot of the Ukrainian journalist Yuri Butusov towards the militias in Donbass a crime. This is reported by Izvestia.

Dzhabarov considered the journalist's act a planned PR action by a “not very smart person.” He added that sooner or later Butusov will bitterly regret his stupidity and will answer for his actions before the court.

Earlier it was reported that the Ukrainian journalist Yuri Butusov fired a howitzer at the militia in Donbass. As he later explained, he “dedicated” the shot to the victims of the Holodomor.