Director of the Center. Gamalei Gunzburg: trials of the drug against COVID-19 will begin in 2022 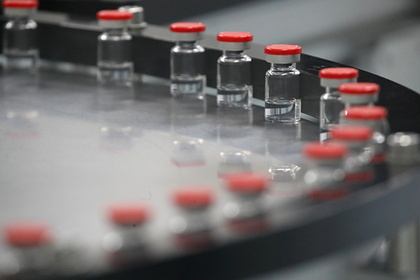 Russian scientists from the Center. N.F. The Gamalei plan to start testing a domestic drug for COVID-19 in early 2022. The director of the center, Alexander Gintsburg, announced the deadline, TASS reports.

“Our institute is already developing a cocktail of monoclonal antibodies, which we will start testing in the first days of the coming [year],” the scientist shared his plans.

< p> The center is faced with the task of creating a means that would suppress the reproduction of any virus strain. Gunzburg noted that the development and testing of such a drug requires the involvement of a large amount of resources.

“It costs insane money. Nevertheless, the Moscow government buys this drug for the treatment of pregnant women, “- said the scientist.

Earlier in the Center. N.F. The Gamaleys answered whether a new vaccine would be needed to combat a new strain of coronavirus from South Africa. According to Gunzburg, the need for one more vaccine options will appear only if the effectiveness of the current vaccine decreases 8-10 times.