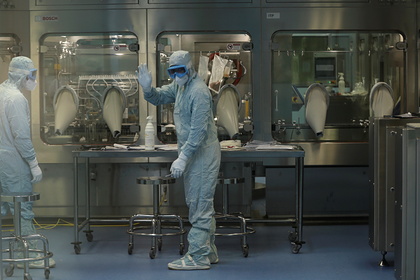 unusual but relatively mild symptoms in infected young people. Such symptoms of the new version of COVID-19 were named by the chairman of the South African Medical Association, Angelique Kutze, who predicted its appearance, writes TASS.

According to the doctor, recently among her patients with coronavirus, young people of different ethnicity have often appeared and social status, who complained of severe fatigue. However, none of them reported a loss or change in their sense of taste or smell.

In addition, one of her patients, a six-year-old child, reported severely rapid heart rate and fever. “Their symptoms were very different from what I had to deal with before, and were very mild,” the head of the organization noted.

four members of her family. Their tests for COVID-19 were positive, and everyone complained that they felt very tired and overwhelmed. Then Kutze was one of the first to warn the South African authorities about the likelihood of a new strain spreading in the country. “Now we should be afraid that elderly unvaccinated people will become infected with the new strain. If they are not vaccinated, then many of the disease will be difficult, “she concluded.

A new strain of coronavirus under the code B.1.1.529 was detected in South Africa on November 11. The first confirmed cases of infection date from November 24. The strain was named with the Greek letter “omicron” and has already managed to recognize its danger at the level of the World Health Organization.