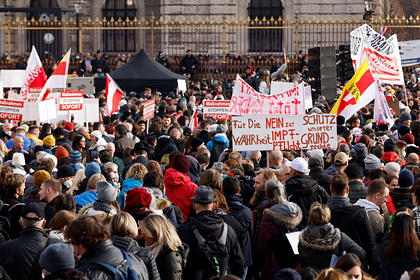 new restrictive measures related to the spread of COVID-19. People rebelled against the introduction of compulsory vaccination against coronavirus, reports TASS.

Protests began in Austria after the country's authorities introduced a nationwide lockdown with November 22 and promised to start a compulsory vaccination campaign for all citizens of the country from February 1, 2022.

Earlier, the Austrian government also closed the entry to the country for all tourists. Restrictions on travel to Austria will be in effect until December 3, and then the authorities will once again assess the epidemiological situation in the country.