Doctors of the German Heart Foundation: paralysis and difficulty smiling are symptoms of a stroke 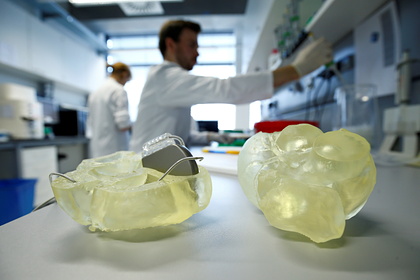 heart fund. Focus writes about this.

As noted in the article, the first symptoms of the disease may disappear after the appearance of the hemorrhage itself. Experts say paralysis of half of the body, one arm or leg, drooping corners of the mouth or difficulty smiling are among the five early signs of the disease.

In addition, it is recommended to pay attention to speech disorders, such as slurred speech, problems with construction suggestions. Another harbinger of a stroke is sudden, severe headache. The fifth sign is visual impairment up to blindness.

Doctors advised that if any of these symptoms recur, immediately call a doctor. They also encouraged high-risk patients to have their blood pressure measured regularly. You should also be alert if your heart rate is uneven.

Previously head of the neurology department at the Russian Gerontological Clinical Research Center of the N.N. N.I. Pirogova, candidate of medical sciences, neurologist Tatyana Manevich spoke about the signs of an incipient stroke. The physician named a severe headache, speech and thinking impairment symptoms of a stroke. She revealed other signs of him, including weakness and awkwardness in the limbs. In this case, the patient is unable to raise both arms at once.