Russian Ambassador Antonov: the opinion that Moscow may be afraid of NATO is a dangerous delusion 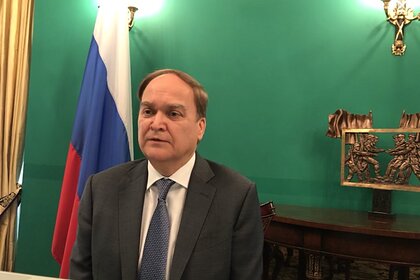 Russian Ambassador to the USA Anatoly Antonov on YouTube The Soloviev Live channel stated that the opinion that Moscow may allegedly be afraid of NATO's potential in the Black Sea is a very dangerous delusion.

a desperate head in Ukraine or a group of fighters who will try to test the strength of the Russian defense, counting on the fact that we will not answer, will be frightened by NATO's potential. I would like to say and highlight unambiguously: this is a very dangerous delusion, “the diplomat emphasized.

He added that the countries of the North Atlantic Alliance are currently developing the Black Sea and Ukrainian territories, but Russia is not afraid of such a development of events.

Earlier Antonov assessed reports of a possible Russian attack on Ukraine. According to him, such accusations against Russia are related to attempts to hide the failures in the policy of Ukrainian President Volodymyr Zelensky. The ambassador called the data on the alleged Russian threat to Kiev hysteria.