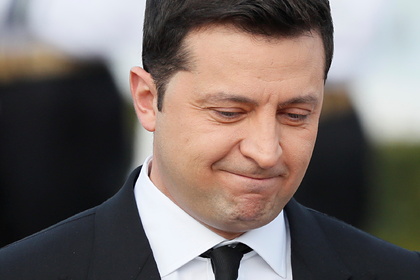 ) Of the Ministry of Defense on the capture of 33 Russian mercenaries, who were eventually detained by the Belarusian security forces in a sanatorium near Minsk on the eve of the presidential elections in August 2020 and were handed over to Russia. This was reported by the Strana.ua Telegram channel.

According to him, at first nothing was reported to him about the special operation. However, when he decided to dismiss Vasily Burba, head of the Main Intelligence Directorate of the Ministry of Defense of Ukraine, he offered to seize the Russians in Ukraine in order to retain his position.

Zelensky allegedly replied to Burba that he was ready for this, but only if people did not suffer. At the same time, he considered the plan to land the plane by deception in Kiev as adventurous, since civilians could die. According to Zelensky, Burba said that it would even be good if people died, since deaths could be blamed on Russia.

Zelensky also said that a special operation cannot be carried out in this way, because relations with Turkey would be destroyed, since the plane belonged to Turkish Airlines. “[Turkish President Recep Tayyip] Erdogan would never forgive us for this! We did not carry out this operation, they dragged us into it, ”Zelensky said on the 112 TV channel and shamed himself for the special operation. “I am ashamed of this episode of the Ukrainian intelligence service.”

He added that the head of the office of the President of Ukraine Andriy Yermak had no authority to “accept” the operation. But whether Yermak was instructed to refuse Burba and postpone the operation, the president did not say.

On November 17, on the website of the international consortium of investigative journalists Bellingcat ( “included by the Russian Ministry of Justice in the register of organizations performing the functions of foreign agents” ) there was a full version of the investigation of the plan of the Ukrainian side to seize Russian mercenaries. The investigation claims that Zelenskiy was first informed of the proposed special operation on June 15, 2020 and “generally approved the operation” scheduled for June 26, 2020, and also “asked for a detailed plan.” Nevertheless, at the last moment, the operation was thwarted after a meeting of Ukrainian intelligence officers with Yermak.