Forbes: Ukraine in the event of a war with Russia will be defeated because of its artillery 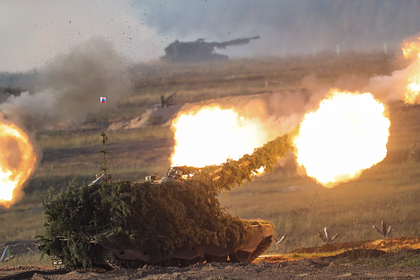 for their artillery. The reason for Kiev's loss in a potential conflict with Moscow was named by the American magazine Forbes.

The publication claims that most of the Ukrainian artillery is outdated and requires repair. According to the publication, “on paper, the 145,000th army of Ukraine, consisting of volunteers and conscripts, has a powerful artillery arsenal of at least 1,800 cannons and multiple launch rocket systems,” which are “incapable of shooting.” “The proof of this is the lists of those killed in the Donetsk and Luhansk regions in eastern Ukraine,” the magazine writes.

In October, the Polish edition of Defense24 noted that the state of the Ukrainian “god of war” – artillery – leaves much to be desired. The publication notes the unsatisfactory conditions of storage, maintenance and repair of artillery in Ukrainian warehouses, leading to the rapid degradation of equipment. Defense24 also emphasizes that after the collapse of the USSR, Ukraine received one of the largest and most powerful artillery arsenals in the world, a large part of which was sold out.