Head of RDIF Dmitriev: “Sputnik V” can be adapted to the new strain of COVID-19 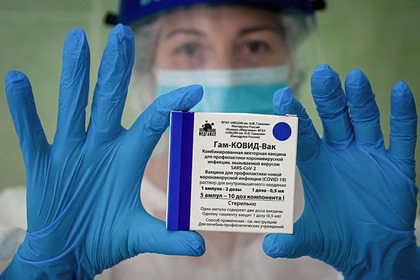 Head of the Russian Direct Investment Fund (RDIF) Kirill Dmitriev announced the possibility of adapting the Russian drug “Sputnik V” to the new strain of COVID-19, which was discovered in South Africa. His words with reference to an interview with RT TV channel are quoted by TASS.

“We can very quickly adapt the vaccine to a new version, if necessary,” Dmitriev said.

According to him, it is important cooperate in the field of vaccine development with other countries. Dmitriev said that a meeting was held with Chinese developers, during which the issue of joint work in a combination of vaccines was discussed.

The new strain became known after ten people were reported infected in South Africa, Botswana and Hong Kong on November 24. British scientists have suggested that the new strain will be better at evading antibodies than the delta variant. The many mutations in B.1.1.529 suggest that the virus originated in a patient with a weakened immune system – a patient with HIV or AIDS. It is supposed to be the most dangerous option.